Ada, as Archibald CAMPBELL's wife, lived with him in Kalamia, Queensland, in 1925.4

She married Bernard Wolfe NEALE in New Zealand in 1930.4,5

In his LMS correspondence, Alexander states that "I entered my 22nd year in April last" - written in June 1834. From this we conclude his 21st birthday was in April 1834, and hence he was born in April 1813. Other correspondence gives a birthplace of 'Perth', but this could encompass all of Perthshire. From the GRO baptism records there appear to be only two possible matches - namely a Fortingall birth on 15 April, baptised 30 Mar 1814 to Robert MACDONALD and Agnes McLAREN or a baptism in Dull on 4 May 1814, parents Alexr. MACDONALD and Janet MACGILLIWIE.1,2,3

His parents had both died by the time he applied to the London Missionary Society, and he gives little details other than that he came from Perth and in 1828 while "in apprenticeship in a drug shop" his mother had died and he met a friend who awakened his religious feelings.
Between 1828 and 1834 he was variously at Perth, Glasgow, and Stirling, pursued some form of medical studies, and also had two seasons as a ship's surgeon on whalers before 1834, when he decided to apply for a missionary's role. His pastor at Stirling (Alex Marshall) advised him to write to the LMS and his original letter of application, addressed from Dr Beath's, Pont Street, Stirling on 16th May 1834, stated that "I have been through the curriculum of a medical education", but majored on his keenness to become a missionary. Alex Marshall, writing in support of his application on 16th June 1834, said "..he has been for some time a member of (my) Congregational church in Stirling, and before that a member of the church in Glasgow under Dr Wardlaw's pastoral care. He has gone through the usual course preparatory to medical practice, but his heart is set on the work of a missionary."
On 20 June 1834, writing from Dr Monteath's, Princes Street, Perth, Alexander Macdonald himself wrote "I entered my 22nd year in April last," and goes on to say, of his profession "I have gone through my medical education preparatory to practice" (though he does not say where, or for how long). Of his education he said "I have not got a very liberal education. I have got the first principles of the Latin tongue, but I regret very much at not being well acquainted with the original language of scripture".
On 29th July 1834, supplying a confirmatory letter from Glasgow, the pastor Ralph Wardlaw wrote confirming the "two seasons" of whale fishing, and continued "Mr Macdonald left Stirling on 17th last month (i.e. June 1834) and returned to Perth from whence he came. He is but little more than 20 years, his parents are dead, and he is at present living in Perth with some friends".
Whether officially medically qualified or not, his application was swiftly progressed and he found himself sent for training at Turvey College for the rest of 1834. The principal, Richard Cecil, writing on 19th December 1834, said that "while his time (at Turvey) will not expire until 2nd January 1835....I don't know what amount of preparatory knowledge is expected at Homerton (the LMS training college in London) but I fear they would think him poorly finished....His recollections of Greek Grammar are but cloudy". Though apparently showing "quickness of comprehension"......."I do not imagine that he excels as a speaker".
These academic caveats however did not prevent the LMS from appointing Alexander officially in 1835, though it is not clear from the records if he spent any time at Homerton College in 1835.2

The London Missionary Society Register states the following bare details: "#329 MACDONALD, Alexander (15). Born 1813 at Perth. Ch.m., Ch of Scotland, April 1829. Studied at Turvey. Appointed to Samoa. Ordained Oct 7 1835, at Lower St. Ch. Islington. Married. Sailed Nov 7 1835. Arrived at Tahiti April 14, 1836, and at Rarotonga, May 25. In Feb 1837 he proceeded to Samoa, arriving at Savaii early in April, and on Aug 10 1837, settled at Safune. In 1839 he removed to Palauli. In April 1844 he succeeded Mr Hardie at Sapapalii. On account of Mrs Macdonald's ill-health, visited Sydney early in 1850, and as Mrs Macdonald's state of health did not permit her return to Samoa, he settled as a Pastor at Auckland, New Zealand, when his connections with the Society ceased. He died at Auckland March 12, 1888."4 He was ordained as a Deacon on 7 October 1835 at Islington, Middlesex.5

Alexander applied for a marriage licence to wed Selina Dorcas BLOMFIELD at Norwich, Norfolk, on 8 October 1835.6

Alexander and his wife Selina left England on the 7 November 1835 on the Dunottar Castle, first arriving in Rarotonga in May 1836, then Samoa in April 1837, before settling at Safune in August.8

Education of the three MACDONALD children was a continuing source of concern and subject of much correspondence with the London Missionary Society, due to the lack of facilities in Samoa. Although first raised in May 1842, agreement was not reached on sending them to England until November 1846, but it is unclear when they actually left. However, Alexander did thank the LMS for settling his two sons into Stockwell Green school by early 1849. The picture shows a painting of the children, supposedly done by a friend as a keepsake while the children were away.9


In letters to the LMS he describes how, due to his wife's declining health, they had taken ship to Sydney some time before April 1850. By July his wife's health was improving, but he felt they were unable to return to Samoa. By December he had accepted a Congregational post in Auckland, and his employment by the LMS ceased.
Only after his move to Auckland did he request the LMS to return the three children (letters of April 1852); again, it is unclear exactly when they made the return journey. His daughter Eliza appears in the 1851 census at a school in Essex, but there is no record of the two boys.4,10

Eliza Heath MACDONALD and Frederick NUTTER were married by Alexander MACDONALD at the bride's residence, Abercromby St in Auckland on 17 March 1857.11,12,13,14

Emma MATTHEWS and Robert Conder MACDONALD were married by Alexander MACDONALD at the bride's residence, Wellesley St in Auckland on 9 December 1859.20,21,22,23

Charlotte Clements FORSAITH and Thomas Morell MACDONALD were married by Alexander MACDONALD at the Forsaith residence, Khyber Pass Rd in Auckland on 7 January 1862.24,25,26,27,28

He baptised Rebecca Blomfield MacKay (Rebe) CLARKE in Auckland circa 1863.29,30

He baptised Bessie Martha Rhoda CLARKE in Auckland in 1866.29,30

He baptised Mary Emily Watling CLARKE in Auckland circa August 1867.31,30

He signed a will dated 24 November 1884 in Auckland, (describing himself as a 'medical practioner') and naming one George JOHNSTON and Frederick William MATTHEWS as executors and his daughter-in-law Emma as the sole direct beneficiary.35,36

His will was probated in Auckland on 29 June 1888 in favour of the executors, George JOHNSTON and Frederick WIlliam MATTHEWS.35

He registered a firm of dentists in April 1903 at 214 Enmore Rd, along with one George Harding and Eugene Richard Senis Larbalestier.7

About 1910 he was reputed to have bought a large parcel of land from the Maori near Kaihere.8

He married Flora MACDONALD in the Federation of Malay States in 1913.3

Margaret Helen Frances WALTON and Alexander Gordon MACDONALD were appointed executors of Richard Copplestone BEWSHER's estate in London on 8 May 1947.4 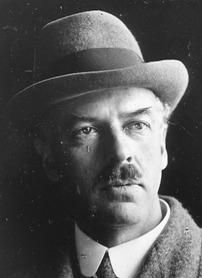 Arnold Morell (Dick) MACDONALD was born in Invercargill, Southland, on 11 November 1873.1 He was also known in the family as Eeyore, as all the family carried nicknames from the Winnie-the-Pooh books; but he signed himself as 'A Morell Macdonald', while using 'Dick' as his common name (quite why is unclear).2

He was educated at Southland Boys High School, and admitted as Solicitor to the Supreme Court on 28 June 1898 and made a partner in his father's business on 2 April 1900.3,4

In 1904 Mr E R Wilson designed a new Macdonald family home in an acre of ground at 73 Princes St, the house being named 'Maranui'. The lounge featured a carved fireplace, reputedly created by Dick himself.9 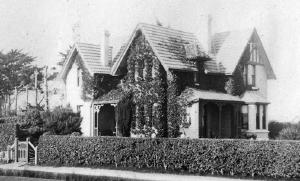 As described in a publication of the New Zealand Centre for Photography' (now defunct) "He was one of New Zealand's first indigenous Pictorialist photographers, being an active camera club member from 1901. By 1919 he had acquired considerable photographic skills and was sending work to London, Paris and Los Angeles. His participation in the Southland camera clubs along with Wm. J. Ferguson saw them dominate interclub competition in the early 1920s, with Macdonald personally achieving champion print three years in succession. A fine exponent of soft edged compositions, he was proficient in a number of techniques including bromoil, an oil-pigment/water-resist method beloved of the Pictorialists". The Museum of New Zealand,
Te Papa Tongarewa, has a small collection of his works available for viewing online (for a collection of his works from Te Papa and family sources, see 'A Pictorialist in the Family').10 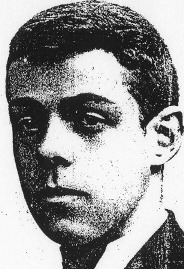 Arthur died on 23 January 1918 in Ieper, West-Vlaanderen, at age 39 while serving as Second Lieutenant with the 2nd Bn, Otago Regiment, NZEF (#832070).2 He was buried at the Aeroplane Cemetery in Ieper.3 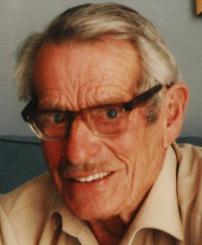 He was a reporter for the Southland Times, later the Otago Daily Times. He was also a fisherman while living at Half Moon Bay, Stewart Island.

He married Mary (Maisie) HAY, daughter of William HAY and Jessie WILSON, in New Zealand in 1938.2,3