She married David Dunlop Scott, son of George Scott and Catherine (Kate) Dunlop, in New Zealand in 1913. There were no children from this marriage.1,3,4

He married Lavinia Mayall in Manchester, Lancashire, in 1906.1

His father William Clarke was a gunsmith and builder, so between the ages of 11 and 20 he learnt carpentry and gunsmithry from his father, while receiving a sound basic education. In 1818 he went to London where he probably worked as a gunsmith before entering the Church Missionary Society training school at Islington. Although not ordained, he later served as a catechist and lay missionary.5

He married Martha Elizabeth Blomfield in Swanton Morley, Norfolk, on 14 March 1822, the marriage performed by the Rev. Henry Tacy.6,1

George and his wife Martha sailed for New Zealand on 25 April 1822 on the Heroine but, after calling at Hobart, disembarked at Sydney in October to work at an Aboriginal settlement near Parramatta, before arriving in New Zealand in 1823.5

In March 1824 Clarke sailed with his wife and eldest son, George, for Kerikeri, New Zealand, aboard the French corvette Coquille, which was making a circumnavigation for scientific purposes under the command of Louis Duperrey. Duperrey and the naturalist René Lesson were critical of Clarke's manner: Duperrey remarked that as a missionary Clarke had adopted a manner at odds with his humble origins. On their arrival at Kerikeri, Duperrey recorded Hongi Hika's cool reception of Clarke on learning that he had come to New Zealand to practise his vocation rather than his trade. Clarke came to like and respect Hongi, although he disapproved of his enthusiasm for war. Monsieur Lesson was amused when Clarke introduced Hongi to him as a gentleman and was incredulous when Clarke voiced the opinion that within 10 years, by the grace of God, great changes would be made - the changes took closer to 15 years and might not have been entirely due to the grace of God.

After his arrival Clarke established a school for Maori children, at which he taught elementary school subjects and useful crafts. For the first year or so he reported that the people he was working with had 'savage, warlike dispositions', possessed a 'thirst for blood', and spoke a 'rude and barbarous' language. A year later he wrote of the peace and security in which his family was living.7

After 1828 he tried to persuade his father to come to New Zealand. He sent home substantial sums of money and wrote letters telling of his comfortable circumstances. He also described the progress made by the Maori in reading, writing, mathematics, 'civilisation', and acceptance of the Gospel.5

In 1830 and 1831 with William YATE, Richard DAVIS and James HAMLIN he founded the Waimate mission station. From 1831 to 1839 he and DAVIS managed the CMS model farm at Waimate North and for part of the time he acted as secretary of the CMS committee in New Zealand.5 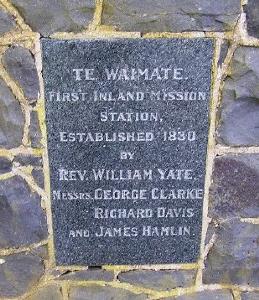 
At the request of the new colonial government, and with the encouragement of his missionary colleagues, Clarke reluctantly took up the post of chief protector of aborigines in 1840. In 1838 and 1839, with Henry Williams, he had advocated British intervention in New Zealand. So far as his official position was concerned, he believed 'Nothing will be done affecting the Maori but through me and those who are placed under me'. In reality, Clarke came under scrutiny from three separate groups: the government, the settlers, and the Maori people. None accepted Clarke's view of his role, although at first the government, because of its lack of resources and expertise, paid heed to Clarke and used him successfully in inter-tribal and inter-racial disputes. However, it was soon clear that Clarke had a conflict of interest, being expected to protect Maori interests and to act for the government in land sale negotiations

As a chief protector, Clarke could not have achieved popularity with the settler community even if his origins had been impeccably middle class. The group which best represented settler opinion, the New Zealand Company, regarded the Treaty of Waitangi as 'a praiseworthy device for amusing and pacifying savages for the moment', and had no patience with Clarke's high-minded approach.

Clarke had no doubt that there were only two options for the Maori people: government protection of rights and property, or oppression and extermination. Early on he correctly predicted trouble at each of the New Zealand Company settlements and sought to forestall it by requesting a larger protectorate staff, comprising men of high moral calibre. As there were few people fluent in both languages, Clarke's strategy was doomed to failure.

During his first two years as chief protector Clarke was able to report on the largely peaceful relations between the two races, a result, he said, of the forbearance of the Maori people. However, he had to admit that forbearance was not exercised in disputes between tribes and he attempted to mediate in such conflicts. Inter-racial tension was first violently manifested at Wairau in June 1843 when New Zealand Company representatives and settlers from Nelson tried to forcibly arrest Te Rauparaha and Te Rangihaeata. The settlers were routed and 22 killed; there were at least four Maori killed. Clarke's assessment of the affray has stood the test of time better than most. He judged that the settlers had provoked trouble by their aggressive approach, although his description of the Maori participants as 'inoffensive' is debatable.

Clarke did not always oppose settler interests, just as he did not always support Maori causes. He was unsympathetic to Hone Heke, attributing his disaffection to personal ambition and the agitation of disgruntled white people, particularly Americans. Generally, however, Clarke suspected the motives of settlers and was only too aware of his ambiguous position as a servant of the government and a guardian of Maori welfare. When copies of the 1844 House of Commons report of the select committee on New Zealand arrived in the colony, Clarke was dismayed by its recommendations, which favoured settlers. He rightly foresaw that the substance of the report would soon become known to the Maori people and would exacerbate their growing distrust.5

After acting as interpreter in 1844 for John Jones at the sale of land at Wakouaiti, he was given a tiki by a Maori chief, which he later gave to Miss C. C. Forsaith on her marriage in 1862 to Mr T. M Macdonald, later the first Crown Prosecutor of Invercargill.8 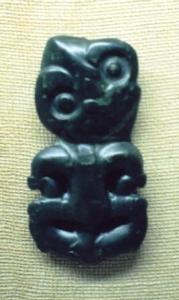 
Clarke lost office when George Grey became governor, as Grey saw that Clarke had little contribution to make to his own policies and ambitions and, moreover, thought he might become popular with settlers if Clarke were dismissed and his personal land purchases challenged. The protectorate was abolished in 1846 and Clarke was offered a position with much less responsibility, which he declined. He returned to Waimate North, where he became a successful farmer and resumed his mission work as secretary of the CMS in New Zealand. However, he was dismissed in 1849 when Grey raised the issue of his land purchases with the parent committee of the CMS. He continued to be involved in public affairs, being elected to the New Ulster Legislative Council in 1852. When it did not meet, he was elected to the Auckland Provincial Council, serving from 1853 to 1855. He was appointed civil commissioner in the Bay of Islands in 1861 and judge of the Native Land Court in 1865.

George Clarke was a man of his time in that he believed his race had a civilising mission among the heathen. Unlike most of his compatriots in New Zealand, he had a genuine sympathy for the Maori people, to the point of being criticised for his hostility towards settlers. It is true to say that Clarke himself was a settler who bought land at a time when it could be acquired easily and cheaply. Yet in general his intentions were unselfish: the same could not be said of most settlers. His distrust of them was nearly always justified. As protector, Clarke made a positive contribution in the early years of European settlement.5 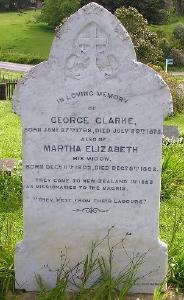 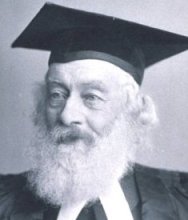 After attending school in Van Diemen's Land, George junior received a Classical education from William Williams at Waimate North and Turanga (Gisborne), and was fluent in Maori. In February 1842 he was translator at the trial of Maketu, who was condemned to death for murder. George then became translator for William Spain during the latter's investigation of pre-1840 land purchases and was appointed sub-protector of aborigines in 1842. He was in Wellington at the time of the Wairau affray. Because of his New Zealand upbringing and family connections and because Wellington was the prime New Zealand Company settlement, he became the victim of constant public vilification.

From June to December 1844 George accompanied the New Zealand Company surveying party to Otago as Maori advocate, and prepared the deed which conveyed the land for the future settlement of Dunedin to the New Zealand Company. In 1845 he acted as negotiator and interpreter for the British in the wars against Hone Heke. Although Grey pressed him to remain in government service, he went to live with family friends in Hobart in 1846 and, in 1848, left for England to undergo theological training. In 1851 he returned to Hobart as a Congregational minister.5

He advocated secular public education and, from 1898 to 1907, was chancellor of the University of Tasmania. In 1903 he published his reminiscences, 'Notes on early life in New Zealand.6' 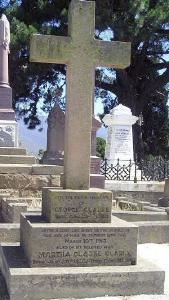 He married Janet Adeline Travers in Hobart, Tasmania, on 31 August 1921.2

His will was probated at the Supreme Court of Tasmania in Hobart, Tasmania, on 17 June 1937.8